The carbon cycle is a circulation and transformation of carbon back and forth between living tings and the environment. All living things are made of carbon and carbon is a part of the ocean, air and event rocks. Carbon is constantly around us and does not stay in one place. Carbon is found almost everywhere on earth and is the key element of all living things, Carbon is stored in the ocean, atmosphere and crust of the planet.

Plants store carbon as they grown the use carbon from the atmosphere during the process of photosynthesis. When plants die they decompose to become a part of the soil this involves putting carbon back into the atmosphere.. They are then compacted and transformed into what we call fossil fuels. Fossil fuels include coal and oil.

Animals and humans give out carbon when they breath.

Carbon moves both ways between the ocean surface and atmosphere, ocean plants dissolve carbon in the water for photosynthesis.Ocean plants store carbon just like land plants. Ocean animals then eat these plants, meaning the carbon is then transferred again. Ocean plants and animals release carbon back into the ocean through respiration. Some ocean animals ten to use the carbon to make their shells so when they die there carbon filled shells dissolve or settle on the ocean floor. When ocean plants or animals die they decompose in water. Decomposing plants have the ability to sink and dissolve or settle on the ocean floor where they get buried and covered in layers or sediment.

Not only is the carbon cycle for plants and animals it is extremely important to humans as carbon levels have increased rapidly over the past century. 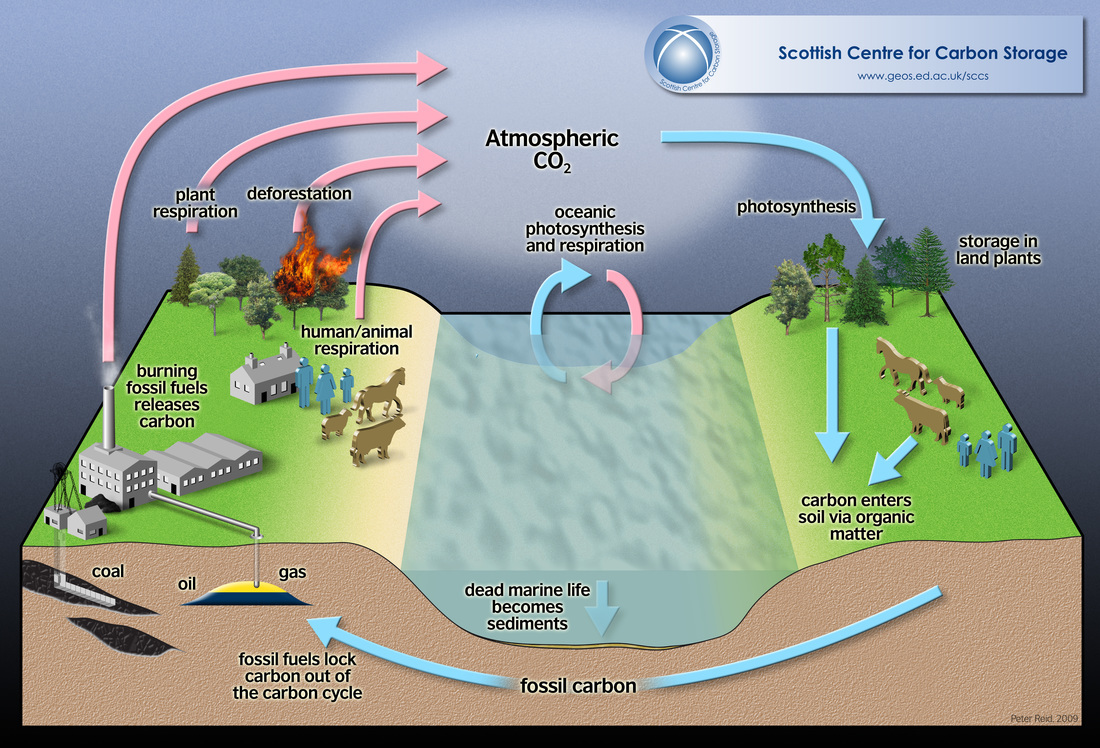